“To Support, Empower and Inspire women to improve the future for themselves and their children”.

History of The DreamKeepers Project

“Extending your hand is extending yourself”, a line in Rod McKeuen’s Book of Days, exemplifies how DreamKeepers Project began in the fall of 2004.

Pat Gregory had been volunteering at the San Diego Mental Health Systems’ program in Oceanside, CA called the Family Recovery Center (FRC). Once a week she taught a parenting class to the young mothers.

Pat began to see that there was a need to do so much more for the women who lived at the facility with their young children. It was evident that besides the efforts of the women to complete the mandatory recovery program, the everyday needs were not being met by normal channels of funding.

The FRC administrators asked Pat about the possibility of starting a support group that would provide for the ongoing additional assistance.  So it all began with a coffee in her home where neighbors and friends were asked to bring gently used bath towels which FRC desperately needed.  This gave birth to the grass roots organization that today we call DreamKeepers Project!

Pat enlisted the assistance of her neighbor and friend, Vera Campbell (co-founder) who had worked with many non-profits in San Diego County.  They began collecting toiletries, linen, baby items, etc.  All the gently used clothing was arranged in “Marjorie’s Closet” that Marjorie Peachy started for the women to have access to the appropriate clothing for court dates and employment interviews.

They started discussions with other friends and neighbors about becoming involved in starting a support group for the Women and Children at the Family Recovery Center. A board of volunteer women was put into place, by-laws and other organizational materials were created and Vera came up with the name “DreamKeepers” which turned into “DreamKeepers Project” when they received their 501C3 Status in 2009.

Over the years, surrounding communities have been highly supportive of the DreamKeepers fundraising efforts through cash donations or special needs such as infant care and clothing donations, etc.

The accomplishments of the group are evident at the facility; the laundry room has been remodeled.  The Dining Room was painted with murals and remodeled with colorful tables and chairs.  The kitchen appliances were replaced. Many women are receiving educational scholarships to assist them with business and career classes, community college classes and the GED Program. In addition, the organization continues to fundraise each year by planning membership and special events which also includes a direct mail appeal each Mother’s Day.

The DreamKeepers Project began by extending a hand to women who needed help.  It became critical to support the women as they became aware that they are powerful and capable of being responsible for their own lives and those of their children.  DreamKeepers Project is proud to have had a small part in their success!

The Board of Directors /Operating Committee

The DreamKeepers Project board consists of elected individuals whose duty it is to uphold the Mission and oversee the distribution of assets.  Board members serve a one year term and meet once a month.  If you are interested in joining the board, please contact us here.

Help us achieve our mission to "Support, Empower and Inspire women to improve the future for themselves and their children".

DreamKeepers would like to thank our supporters for making this years event such a great success! 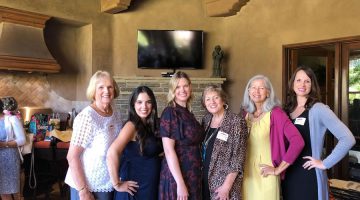 The DreamKeepers Project Mission Statement "To Support, Empower and Inspire women to improve the future for themselves and their children". History of The DreamKeepers … END_OF_DOCUMENT_TOKEN_TO_BE_REPLACED

Dreamkeepers In the News

First and for-most I would like to start off by thanking the Dreamkeepers team of ladies by letting you know how you have impacted my life in such a positive way. You have helped me to realize my true values in becoming a young woman with worth and furthermore have given me an unexplainable inspiration that I will continue to use as my motivation to pursue my dreams as a Mother and Woman with a mission as-well-as Vision.

Thank you for allowing me to give back with my Voice and sharing such a Wonderful Day with You, I would also like to take this opportunity to express how thankful I am for the amazing Work Readiness clothing you have provided me with to help prepare me to re-enter the workforce field.

Thank you for giving me clothes and shoes to interview in. You have giving me a chance to better my life. It means so much to me to know that there are people out there willing to help women like myself.

I’m currently in the work readiness program and I just want to let you know that I truly appreciate the clothing you have provided to me and my fellow sisters. I am so amazed for what you do for everyone here and I want to personally thank you.

I would like to take the opportunity to thank your recent donations to FRC. The pants, shirts and clothes are much appreciated. They are not only functional to finding work, but they are very stylish, as well.

It was also a very fun experience in attending your recent Fairbanks Ranch fundraiser. I was very honored to participate in the event as a door greater. The In and Out lunch was a big BONUS to the day.

Again, thank you for all that you do for FRC.  Your generosity has impacted, and helped to give me hope for an actual life in recovery.

Hi, just wanted to email real quickly and thank you guys for everything….. for the clothes the shoes and for the lunch from In and Out after the event. You guys are awesome and it means a lot to have all the help from you guys. 🙂

When I walked into the doors of FRC I had lost almost everything.  It has taken a lot for me to admit to myself that I am an addict and at the age of 34 I had allowed my addiction to take over.  Most of my life was spent on building and creating my dreams of becoming a teacher.  In 2005 I graduated CSUSM with my BA in Liberal Arts and a multiple subject teaching credential.  However, I entered into the education field at the time of the California budget and for 8 years I was pink slipped and rehired into a new position.  The last two years of teaching I began to discover my addiction.  I was able to block my feelings and depression behind my addiction. But, within a few short years my children were removed, my car was reposed, I was evicted from my home, my students loans went into default, and my debt continued to pile up.  I truly had destroyed my entire life.

I had no idea how difficult it would be to rebuild my life.  Living here at FRC has given me the chance to rebuild my self-worth and now that I am in the work readiness program I am slowly able to accept that I can live outside of these walls.  I wanted to express my experience with you because there are truly no words that can express the gratitude I have for the Dream Keepers.  You ladies are more than amazing!  You have given me hope and the feeling of worth.  The clothes that you have given me show that people do care about me even without knowing me.  It lets me know that someone has faith that I can be successful again.

Thank you from the bottom of my heart,

Hi, we have received your generous donation of our career clothing and shoes and because of your kindness I am ready and prepared to attend a job fair tomorrow morning where I hope to gain employment and after 6 months of hard work I will begin to start rebuilding my life. Thank you so much for everything you have done for us.  You truly are keeping dreams alive for myself and many other women like myself. I really appreciated the opportunity to attend your Christmas event and tour one of the lovely homes! Treating us to lunch was a lovely treat.

I wanted to personally thank you and any other people that are involved in your charity. My group in ‘Work Readiness’ at FRC is ready for our first job fair tomorrow. I feel  very fortunate and I am grateful for the clothing I have received. I am going there full of confidence and hope for my future. These gifts are what will help get my foot in the door for interviews and eventually a job. I am mentally prepared and looking good at the same time, this is a feeling that I haven’t possessed in a long time, thanks to the Dream Keepers I can show myself off professionally.

Thank you for the clothing and shoes. Everything fits. I appreciate everything that you’re doing for us.